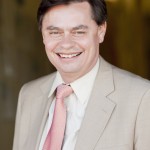 Gene Eidelman co-founded Mosaica Education in 1997, and currently serves as its President. Gene is responsible for strategic planning with an emphasis on financial performance, business development and quality assurance. Gene has over 30 years of experience in finance, budgeting, marketing, human resources and organizational effectiveness in both public and private companies. Prior to co-founding Mosaica, he co-founded Prodigy Consulting in 1988, an organization that developed and operated a chain of community and corporate-sponsored childcare centers. Gene defected from the former Soviet Union as a teenager in 1976. Soon after arriving to Los Angeles, he became an undergraduate student at the University of Southern California where he simultaneously started a real estate development business. In 1995, Prodigy Consulting merged with the publicly-held Children’s Discovery Centers and in 1997 was acquired by Knowledge Universe. While at Children’s Discovery Centers, Gene was President of the Prodigy Division, overseeing 69 corporate child care centers in 23 states.

In 1999, Gene was selected as one of the “Ten Outstanding Young People of the World” by Junior Chamber International. In 2009, Gene together with Dr. Dawn Eidelman, were awarded the “James P. Boyle Entrepreneurial Leadership Award” by the Education Industry Association for their unwavering commitment to innovation in education. Gene is a former Treasurer and Trustee of the Georgia Charter School Association. He is a board member of the Michigan-based Coalition for Educational Choice and Co-Chair of the Geneva-based World Education Entrepreneur Society (WEES). He is additionally President of the Board of Trustees of Aurora Education Trust in England and founder/settler of Sunshine Education Trust in India—non-profit trusts committed to improving education.