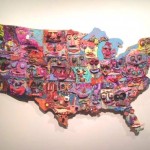 The Muskegon Heights Public School Academy System was established at the beginning of the 2012-13 school year, when the state-appointed Emergency Manager for the School District of the City of Muskegon Heights decided to, in effect, convert the K-12 public school group (located on four campuses) to a charter school system.  After a bidding process, the charter management contract was awarded to Mosaica Education in July 2012.

In less than two months, Mosaica Education hired and trained a new staff, recruited and enrolled students, and brought the school facilities up to code. At that time, projects as simple as student scheduling were challenging as students records were incomplete or missing entirely. Nevertheless, Mosaica successfully opened the four schools as charter schools on September 4, 2012.

Discipline issues, primarily at the middle and high school, in Fall 2012 may not have been as severe as they had been in prior years, but there were still students who refused to attend class or were habitually absent or tardy.  Students ignored dress codes and fights were commonplace. During the first 90 days, the high school averaged one student fight per day and average daily attendance was only 48%. Staff turnover was also a major issue early on in the transition.

Alena Zachery-Ross, System Superintendent and Regional Vice President for Mosaica Education, responded in several ways—primarily by upgrading the school staff and bringing in effective school leaders to work closely with her.  A student-led committee was established and charged with creating guidelines for uniforms and an appropriate dress code. The staff attended professional development sessions on an on-going basis after school that were specifically designed to improve school culture, school climate, instructional quality and student achievement. Donn Tignanelli, Mosaica Education’s Executive Vice President for Michigan participated in the professional development sessions and worked closely with Superintendent Zachery-Ross to guide and support her turnaround plan.

By the beginning of the second semester, the climate at the schools had changed dramatically.  Attendance was up and discipline problems were down.  Now in the second year of turnaround, improvement is even more noticeable.  Average daily attendance is over 90% at all four schools.  All students wear uniforms, and suspensions, expulsions and disciplinary referrals have been greatly reduced. Two years ago, the high school was averaging more than one police visit per day—to date there has not been one police call this school year.

In terms of academic results, the turnaround has been just as pronounced.  Initial testing in 2012-13 showed that 92% of students were more than two grade levels behind in Reading. Math scores were similar, with the average student having achieved less than six months’ academic growth for each year they had been in school.  By the end of the 2012-2013 school year, results had improved to the point where the average student had stopped falling behind. At that time, the average growth rate was more than one year—more than double the historic average.

Performance Series Testing is also promising. The average total growth from Fall 2012 to Winter 2014 is as follows:

This student achievement data is the latest evidence in a line-up of good news from the Muskegon Heights Public School Academy System.  Students are winning Art awards and making it to the state semi-finals in sports. Each school is endeavoring to enrich their academic programming, from edible school gardens at the elementary grades to a FIRST Robotics program at the high school.

After visiting Muskegon Heights last month as part of a professional development program, Barute Kafele, internationally-recognized education speaker and consultant, commented on Facebook, “I can’t overstate the significance of a STRONG principal. I just left Edgewood Elementary in Muskegon Heights, MI under the leadership of their new principal . . . .  The instruction that I witnessed was phenomenal! It is no wonder then that the gains made on their state standardized assessments in one year were so extraordinary. That’s what happens when you have strong leaders in place. The Mosaica Charter School District is on the move under the leadership of Superintendent Alena Zachery-Ross.”

The local community is also taking notice—Muskegon Heights Public School Academy System have received private donations from individuals and organizations looking to support initiatives such as improving technology and other projects to support student achievement.  On Wednesday, April 16 the Muskegon Heights Public School Academy System hosted a private gala where 70 community members gathered to show support and celebrate the work that is being accomplished to directly support students.  The gala provided the opportunity to honor the donors who combined have contributed over $30,000 in the past few months to directly support student programs. Special recognition was given to Mr. and Mrs. Pat Donohue, the Muskegon Coalition for Community Development, The Muskegon Heights Alumni Association and Mr. Arthur Scott.  Senator Geoff Hansen also attended the event.