FORT COLLINS, CO (May 18, 2010) – On May 18, 2010, Google officials visited T.R. Paul Academy, a public charter school in Fort Collins for a special presentation. Tessa Marquardt-Burrell, an 8th grader at the academy was selected as one of the 40 regional winners in the “Doodle 4 Google” national art competition.

The Google art contest is an annual contest that requires students to illustrate a unique art design depicting the word “Google”. The winning submission is featured on the home page of the world’s largest search engine for one day. The winner also receives a $15,000 college scholarship, a $25,000 school technology grant, a laptop computer, a Wacom digital design tablet, and a t-shirt printed with his/her artwork on it.

The contest is extremely competitive; more than 33,000 entries from students in grades K-12 were received. This years’ Google theme was, “If I could do anything I would…” Tessa’s submission called, “Ant Inspiration”, shows ants working around a variety of fruits and vegetables. The text accompanying the artwork reads, “Fruits and vegetables are vital to healthy maintenance of the human body. Storage and costs prevent distribution to underprivileged people. I would invent a system to gather and store healthy food for all the world’s population inspired by the way ants care for their colonies.” 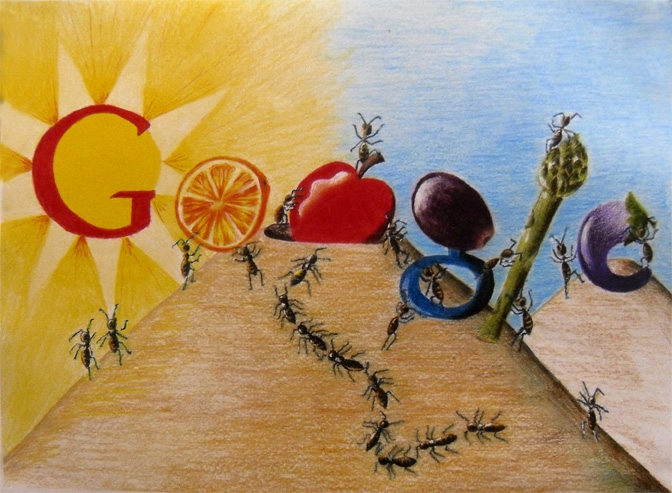 This is an extremely exciting time for Tessa and the school community at T.R. Paul Academy. On May 26th, Tessa and her family will be flown to New York City for the national awards ceremony at the Google New York center where the winner will be announced. All regional finalists will have their artwork displayed in a public exhibit at the Smithsonian’s Cooper-Hewitt National Design Museum for six weeks after the announcement event.

“We are very proud of Tessa and also want to recognize the outstanding instruction provided by art teacher, Dianne Rees. Ms. Rees continues to develop the talent of young students and as a result T.R. Paul Academy has won numerous local, state and national awards since its founding just four years ago”, said Terry Gogerty, Executive Vice-President of Mosaica Education.

The Academy (www.tpaak.org) is a tuition-free public school of choice with an arts-enriched curriculum using the Mosaica Education model.